Revelation Chapter 1… It Holds the Key!

The key to understanding the Book of Revelation is hidden in plain sight. It is right there at the beginning of Chapter 1. Here are the first few verses:

The revelation from Jesus Christ, which God gave him to show his servants what must soon take place. He made it known by sending his angel to his servant John, who testifies to everything he saw—that is, the word of God and the testimony of Jesus Christ. Blessed is the one who reads aloud the words of this prophecy, and blessed are those who hear it and take to heart what is written in it, because the time is near.

John, to the seven churches in the province of Asia…

The Book of Revelation is addressed to persecuted Christians who belonged to seven churches that existed 2,000 years ago. Do Jesus and John mock their suffering with a book that is filled with dark, incomprehensible imagery describing events that would not happen for thousands of years?

Does the book use poetic language that those people understood, to describe events that were about to happen to them?

If you simply accept what we read in the first four verses, you will find the key to unlocking the secrets of this mysterious book.

Please put yourself in the place of the original recipients of the book; they knew that Jesus had predicted the destruction of Jerusalem and that he had promised to return before all of his disciples had died (Matt. 16:27,28 and Matt. 24:34). They knew that they were living in what Peter and Joel called the “last days” before “the day of the Lord” for Jerusalem[1]. They knew that the other New Testament writers had repeatedly expressed their eager expectation of Jesus’ imminent return. For example:

The Christians in the seven churches were expecting Jesus’ imminent return and the destruction of Jerusalem, and John’s Revelation describes Jesus’ return and the destruction of a “great city” that is figuratively called “Babylon”[2]. So those first century Christians would have believed that the book of Revelation was predicting the momentous events that would happen soon after it was written[3]. And of course momentous events did happen. In AD 70, Jerusalem was destroyed and according to Josephus, 1.1 million Jews were killed. Another 97,000 became slaves.

…The Lord, the God of the spirits of the prophets, has sent his angel to show his servants what must happen soon:

‘Listen, I am coming soon! Great blessings belong to the one who obeys the words of prophecy in this book’… The time is near for these things to happen.

Then he told me, “Do not seal up the words of the prophecy of this scroll, because the time is near.

“Listen, I am coming soon! I will bring rewards with me. I will repay everyone for what they have done.

This little essay is titled “Revelation Chapter 1… It Holds the Key!” But I have skipped ahead to the last chapter to emphasize the point that was made in the first few verses… the book says that it deals with events that were “about to happen” 2,000 years ago. John makes that assertion clearly and repeatedly, yet for hundreds of years our Christian leaders have been telling us that it predicts events that have not yet happened. They tell us that we are living in the last days before the end of the world. But the “last days” of the Bible are the last days of the Old Covenant religion. Our bamboozled leaders have made an enormous blunder and they cannot admit, even to themselves, that one of the cornerstones of their belief system is totally wrong. The Book of Revelation deals with events that happened in AD 70 but our leaders insist that it predicts our future. So their prophecies invariably fail… 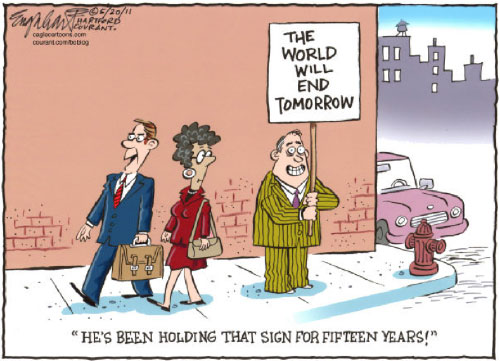 The thesis of this little essay is that Revelation Chapter 1 gives us the key to understanding the book. In the first three verses, John twice tells us that the book deals with events that were about to happen. Now, I would like to show you that two more verses in this chapter that give the same message. Here is Revelation Chapter 1 verse 7:

Behold, he is coming with the clouds, and every eye will see him, even those who pierced him, and all tribes of the earth will wail on account of him. Even so. Amen.

When you read this verse perhaps you think: “he has never come with clouds” therefore this verse points to a future coming of the Lord.” But, that is not correct because “coming in/on/with clouds” is a common Old Testament metaphor for coming in judgment. For example, in Isaiah 19:1 we read that God will come against Egypt “riding on a swift cloud.” With those words, Isaiah predicted the Assyrian conquest of Egypt (Isaiah 20: 1-6). And we know from history that the Assyrians defeated the Egyptians in 671 BC. (For a more extensive discussion of the meaning of “coming in clouds” see appendix 11 of Bamboozled Believers.)

Did Jesus “come in clouds” shortly after the Book of Revelation was written? Yes, of course he did. He came in judgment, destroying Jerusalem, the temple and the Old Covenant religion in AD 70.

When John said that Jesus would “come with clouds”, he was repeating a statement that Jesus made as he predicted the destruction of the temple. Jesus said: “…all the tribes of the earth will mourn, and they will see the Son of Man coming on the clouds of heaven” (Matt. 24:30). All the tribes of the land of Israel certainly mourned when the Romans destroyed their society and they when they realised that they had murdered their Messiah.[4]

From this brief analysis of Rev. 1:7 we see that this verse predicts events that were about to happen shortly after the book was written. In his Olivet discourse, when he said that he would “come on the clouds of heaven”, Jesus had also said that he would come before that generation “passed away” (Matt. 24:34). And that is exactly what happened. Since the people in the seven churches knew that Jesus had promised to “come in clouds before that generation passed away, verse 7 is again telling them that the book deals with events that were about to happen.

The fact that Jesus’ second coming has already happened is anathema to most Christians and perhaps that is reason that translators tend to ignore the Greek word “mello”. The primary meaning of that word is “to be about to do something.” And that brings us to one last verse in Revelation Chapter 1, that I would like to discuss. Here is Rev. 1:19

That is the way that the verse appears in the ESV and in most English translations. Now I will quote the same verse as it appears in Young’s Literal Translation:

Young’s translation does not ignore the word “mello” that is in the original Greek, so Young’s is the correct translation. Why do most of our Bibles omit the “about to”? I think that the answer is obvious; bamboozled translators, like other bamboozled believers cannot bear to contemplate the fact that their favorite “end times” book deals with events that happened almost 2,000 years ago.
There is so much more to say, and that is the reason that I wrote Bamboozled Believers. For a few more thoughts on how to understand the Book of Revelation you could also read the essay titled “Bible Study on Revelation” and the blog post titled “Understanding Revelation Babylon = Jerusalem”.

[1] Joel had said that there would be survivors in Jerusalem after the day of the Lord, so Peter’s “day of the Lord” was not the end of the world (Acts 2:17-20 and Joel 2:32). Peter and Joel predicted the destruction of Jerusalem that happened in AD 70.

[2] For more information on this topic see the essay titled Babylon = Jerusalem.

[3] Many Bible footnotes tell us that Revelation was written after AD 90, but this is not correct. See the essay titled “Bible Study on Revelation” for a discussion of that topic.

[4] The word that is translated “earth” in most Bibles should be translated “land”. Jesus and John (and Zechariah whom they quote) are speaking of the tribes of the land of Israel, not all of the people of planet earth.

* All the prices above are in US Dollars.